A Tribute to Mickey

We would like to tell you the story of Mickey.  Approximately eight months ago, Mickey's former family decided that at the age of 14, they no longer wanted him.  So, they placed an ad on Craigs List advertising for someone to provide him with a home.  Hollie, AMMF's founder, answered that ad and a few days later she met Mickey, a mini dashsund, on a very busy street in Wilmington, DE, where he was handed over to her with only his birthday suit on.  No collar, leash, documentation, bed, toys..... nothing.  Well, we soon found out who Mickey was and the joy he gave to everyone that met him.  Shortly after arriving at Hollie's home, one of AMMF's former adopters, Betty, met Mickey, fell head over heals for the little man and asked to foster Mickey. Mickey was happy and being doted on at Betty's home. He loved to be held.  Mickey had some minor health issues that commonly occur when one becomes older, but nothing that were life threatening or burdensome.  Mickey lived with Betty for a while and then went back to Hollie's home.  He adapted very easily to whereever he lived and was such an easy going little guy.  Mickey got along very well with other dogs, cats and kids.  A few months ago, Mickey started to show more signs of his age, including, becoming a very fussy eater and as weird as it sounds, he took a liking to eating fruit loops cereal.  Our vet said it was ok since he felt that if Mickey lived this long, then the fruit loops were not going to hurt him.  Sometimes he grew tired of the loops and would eat lasagna, tortilini, and canned doggy food.  A couple of weeks ago, Mickey started to have seizures and then last week he suffered a stroke which badly injured his back legs.  Today, our beloved Mickey left this place we call Earth.  Mickey gave his all and expected nothing in return.  He was happy all of the time.  We are very saddened at the loss of Mickey but comforted in having known his wonderful sweetness and blessed to have had him for the time that he was with us.

"He was a little guy with a heart of gold he loved to be loved. He was cute lovable and funny but also had that grumpy old man side of him. He taught you to understand what he wanted. He made people smile. He was a fighter. I love that little man RIP Mick a Lick"    ~ Hollie  ~

"He might have been a “little old man” but he still had spunk. He always made me laugh when he played with his stuffed skunk. He would growl and pull at that skunk . All you had to say was say SKUNK! And he would run looking for her and then “beat” her up again. I did not think I could love another dog that much unless it was a pug. Thanks Micky for showing me that it doesn’t matter what the package looks like on the outside , its what is within that counts. Until we meet again ,my little stud muffin. Part of my heart went with you. Wait for me on the Rainbow Bridge."       ~ Betty  ~

The Bridge Unlike most days at Rainbow Bridge, this day dawned cold and gray, damp as a swamp and as dismal as could be imagined. All of the recent arrivals had no idea what to think, as they had never experienced a day like this before. But the animals who had been waiting for their beloved people knew exactly what was going on and started to gather at the pathway leading to The Bridge to watch.

It wasn't long before an elderly animal came into view, head hung low and tail dragging. The other animals, the ones who had been there for a while, knew what his story was right away, for they had seen this happen far too often.

He approached slowly, obviously in great emotional pain, but with no sign of injury or illness. Unlike all of the other animals waiting at The Bridge, this animal had not been restored to youth and made healthy and vigorous again. As he walked toward The Bridge, he watched all of the other animals watching him. He knew he was out of place here and the sooner he could cross over, the happier he would be. But, alas, as he approached The Bridge, his way was barred by the appearance of an Angel who apologized, but told him that he would not be able to pass. Only those animals who were with their people could pass over Rainbow Bridge. With no place else to turn to, the elderly animal turned towards the fields before The Bridge and saw a group of other animals like himself, also elderly and infirm. They weren't playing, but rather simply lying on the green grass, forlornly staring out at the pathway leading to The Bridge. And so, he took his place among them, watching the pathway and waiting.

One of the newest arrivals at The Bridge didn't understand what he had just witnessed and asked one of the animals that had been there for a while to explain it to him.

"You see, that poor animal was a rescue. He was turned in to rescue just as you see him now, an older animal with his fur graying and his eyes clouding. He never made it out of rescue and passed on with only the love of his rescuer to comfort him as he left his earthly existance. Because he had no family to give his love to, he has no one to escort him across The Bridge."

The first animal thought about this for a minute and then asked, "So what will happen now?" As he was about to receive his answer, the clouds suddenly parted and the gloom lifted. Approaching The Bridge could be seen a single person and among the older animals, a whole group was suddenly bathed in a golden light and they were all young and healthy again, just as they were in the prime of life.

"Watch, and see.", said the second animal. A second group of animals from those waiting came to the pathway and bowed low as the person neared. At each bowed head, the person offered a pat on the head or a scratch behind the ears. The newly restored animals fell into line and followed him towards The Bridge. They all crossed The Bridge together.


"That was a rescuer. The animals you saw bowing in respect were those who found new homes because of his work. They will cross when their new families arrive. Those you saw restored were those who never found homes. When a rescuer arrives, they are allowed to perform one, final act of rescue. They are allowed to escort those poor animals that they couldn't place on earth across The Rainbow Bridge." 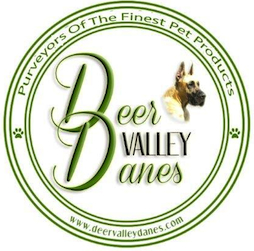